Last night two of the benthic landers were successfully deployed! In addition to the respirometer, the baited camera lander was sent down to get images of scavengers on the seafloor. Andrew Sweetman, Daniëlle De Jonge, and Alyica Smith attached mackerel to the lander to be used to attract the scavengers. After the fish were secured, everyone crowded out on deck to watch the landers be placed into the water. The Royal Banner of the Royal Arms of Scotland can be seen waving proudly atop each lander. 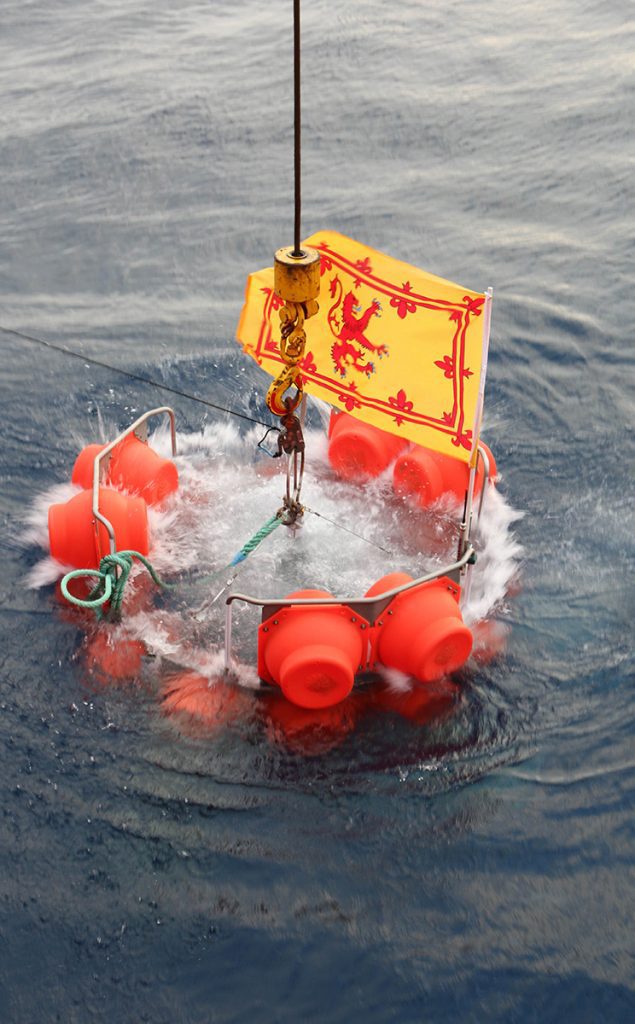 Early this morning it was ROV Luso’s time to shine as we made the final pre-dive preparations for the first dive of Leg 1. One new addition to the ROV that the team engineered is a zooplankton trap. Zooplankton can be sampled via the slurp tube (like a vacuum cleaner nozzle) and sent into a chamber fitted with a netting to capture zooplankton, which will be filtered through the chamber during a dive.

Around 8:30 this morning the ROV went into the water and began making its descent to 2100 metres depth at the island of Fogo’s continental shelf. We hit bottom in a sediment-covered area and began making our way up the slope. ROV dives often begin lower down on a topographic feature and climb upwards for the best view of what is ahead. If you move down the slope with an ROV you will not have as good visuals as the camera is angled to look forwards and up, not down an incline.

Everyone gathered round the monitors in the science lab to watch the ROV dive – it is certainly the most exciting entertainment on the ship. The ROV operations lasted 12 hours in total as the ROV team took turns doing 2-hour shifts across different stations. The stations include: ROV Pilot, ROV Co-Pilot, ROV Operations Support, Winch Operator and Standby. The Winch Operator and Standby positions are located on the deck whilst the other three positions are in the control room. Once the dive finished and the ROV was brought on deck, science team members were able to go on deck and grab their samples. 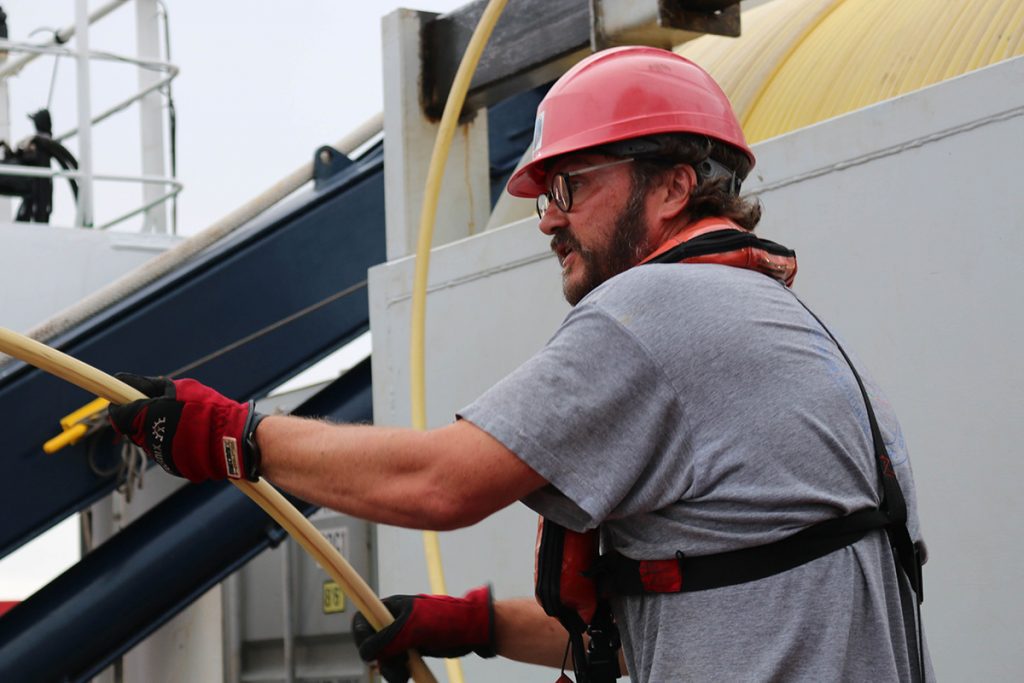 Despite being in a sediment-dominated area, we saw some corals during the dive which Andrea Gori made the call to sample. It was a priority for him to retrieve these corals from the ROV as soon as possible as they are living animals he hopes to keep alive on board. If these corals acclimatize to the aquarium on the ship, they will be used in feeding experiments. Susan Evans took her water sample and sediment off of the ROV to be processed for eDNA samples.

Tomorrow the Autosub6000 will be deployed on its first mission, lasting around 24 hours. Once the Autosub6000 is safely moving along the seafloor, the ROV may be sent down for its second dive. I hope to also have some images from today’s dive to share soon!

As the scientific team continue their work on board, you can tour the Sarmiento de Gamboa with the iAtlantic Fellows!

PrevPreviousWe made it to Cabo Verde!
NextWeekend highlightsNext