Beamed out as a 24-hour livestream event following the sun around the world, the Virtual Early Career Ocean Professional (V.ECOP) Day took place on 1-2 June 2021, hosted – in part- by iAtlantic Fellows.

Linked to the high-level launch event for the UN Ocean Decade, it was hosted by and for early career ocean professionals from around the world – including a small army of iAtlantic Fellows! Christine Gaebel and Kelsey Archer Barnhill (U. Edinburgh; pictured right) kicked off proceedings as the joint moderators of the first 4-hour session, “Starting the Journey in the Eastern Atlantic – From Pole to Pole”. They introduced a series of panel discussions and videos spanning marine science, policy and governance, and ocean literacy, among which iAtlantic Fellows Kristin Burmeister and Clare Johnson (SAMS) featured in a segment about the OSNAP mooring line in the North Atlantic (watch the film below).

Christine and Kelsey also interviewed a number of high-profile ocean champions, including IOC Executive Secretary Vladimir Ryabinin, during the wrap-up session at the end of the event, alongside moderators from other timeslots. 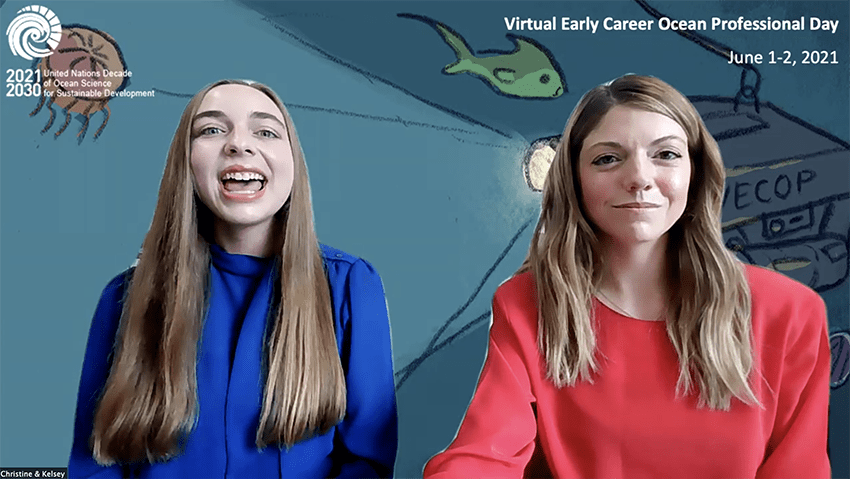 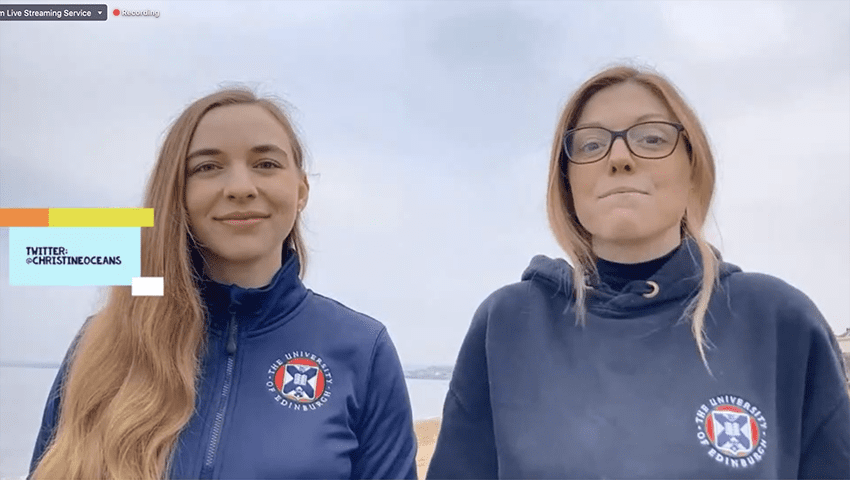 Elsewhere at the virtual ECOPs conference, the iAtlantic Fellowship was the focus of a virtual exhibition booth, staffed by a team of iAtlantic researchers from across the project who were on hand to chat about the project and Fellowship activities with delegates. The booth featured “Postcards from the Atlantic” – a series of video shorts from Fellows explaining their work and their hopes and aspirations for the future Atlantic Ocean.

The V.ECOPs day followed on from the First International Conference of the United Nations Decade of Ocean Science for Sustainable Development, convened to mark the launch of the UN Ocean Decade 20-21-2030. iAtlantic was given an honourable mention from Mariya Gabriel, European Commissioner for Innovation, Research, Culture and Youth (pictured right) as an illustration of the value of international ocean research. 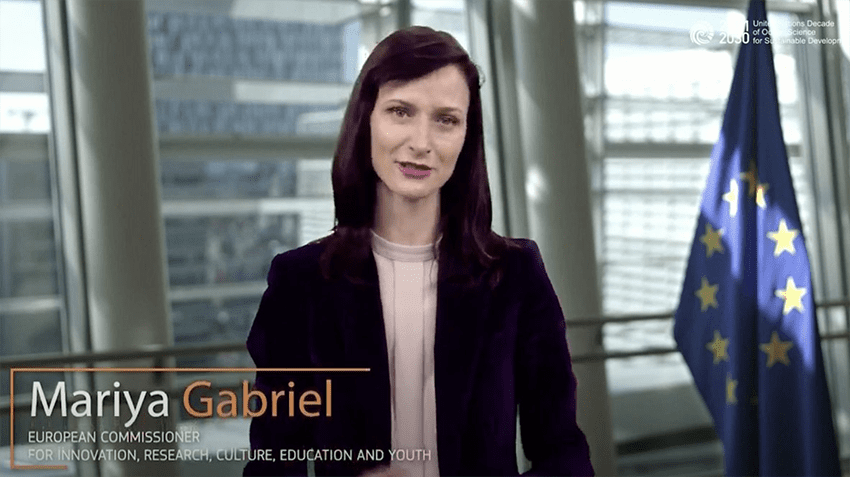 V.ECOP Day was organised by the German Marine Research Consortium in cooperation with the ECOP Program and was supported by Fisheries and Oceans Canada and the EU’s Framework Program for Research and Innovation as an officially endorsed UN Ocean Decade Activity.