Science on the High Seas!

After a long transit we reached our first station! The weather gods haven’t been too gracious with us, but at least we are able to deploy our first CTDs and launch the ARGO floats over board. ARGO floats are gliders that take measurement profiles along a depth transect in the water column. They go with the current until their battery dies, and every now and then they pop up at the surface to send their data via satellite. Among other parameters, they sense salinity, temperature, and pressure during their lifetime. There is already a fleet of 3500 active ARGOS circulating the world’s oceans, and after this cruise, it’ll be 12 more! 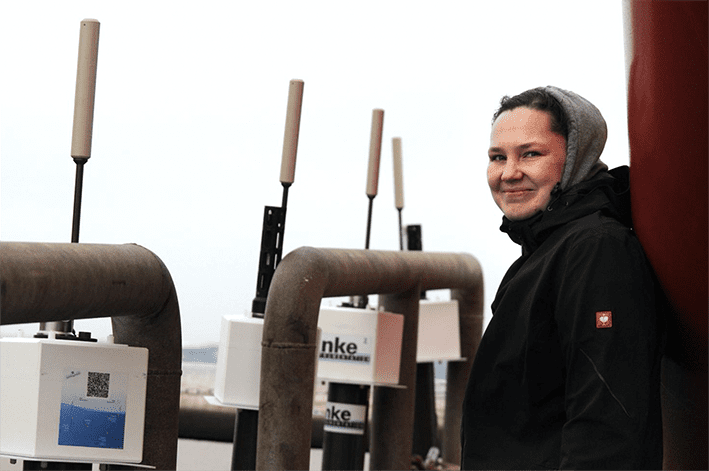 This time, they have new types of sensors ‘on board’ and the idea is to compare their measurement results and performance. Hence, those sensors should measure an equal value range of parameters to have comparable data. Thus ideally, they should stick together in a bunch while travelling and not drift too far from each other. This is why the German BSH (Bundesanstalt für Seeschifffahrt und Hydrographie) ARGO team has chosen a small eddy as launch position, whose current will capture the floats within its centre. 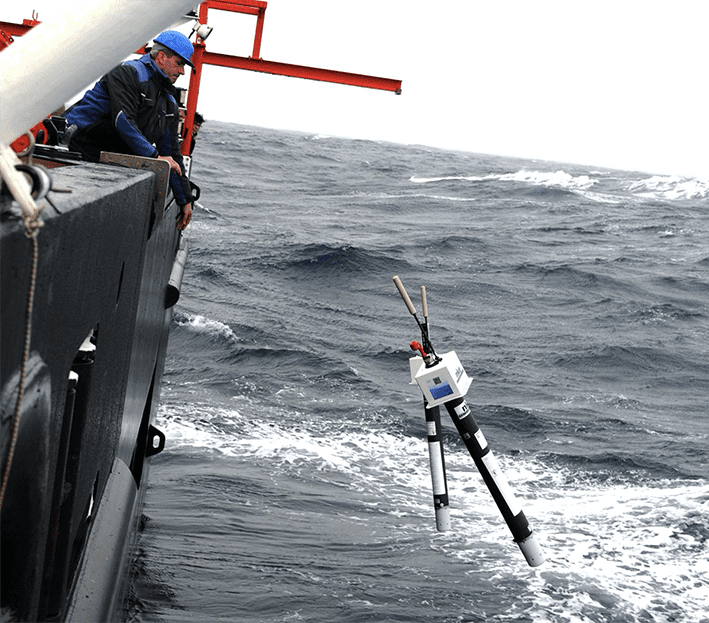 Sailing and working rough seas is not only a challenge for everyone’s physical condition, but also for those involved in the deck work. Especially when deploying or recovering instruments via cable over a crane, heavy weight hovers over people’s heads and sudden big waves hitting the ship from the side can be an unexpected danger. Hence trained and experienced crew members are an absolute must and without them, a cruise like this wouldn’t be possible! Also, daily habits such as climbing stairs, walking straight, doing yoga poses, or simply placing a mug on a table is not as what we are normally used to! Depending on whether riding up or down a wave, a normal staircase can turn into an unbeatable enemy or make you feel light as a feather, as G-forces are in- and decreased, respectively, in orders of magnitudes by the acceleration of the ship when moving up or downhill. Following a straight line becomes impossible and so are most of the yoga positions, at least those which involve less than two hands and both feet on the floor. Any item sitting on a table can fly through the room at some point, if not secured properly. These are challenging conditions for sure, but it is also a most exciting experience and eventually, everybody will be used to the rocking sea!