A remotely operated vehicle (ROV) is an unmanned underwater robot that is connected to a ship by a series of cables and allows us to explore the seafloor. ROVs can be as small as a shoebox or as big as a small house, weighing a massive 60 tons – the choice of ROV depends on the task at hand, the water depth and the strength of the currents in the area under investigation.

ROVs have cameras and lights installed that allow you to film (in real time!) the seabed. These videos can then be used to study the biodiversity or behaviour of animals on the seafloor or in the water column. Some ROVs also have manipulator arms and containers that allow you to collect samples and bring them on deck for experiments or taxonomic identification. ROVs can also be used to deploy and recover equipment from the seabed. They are especially handy for rescue missions when equipment gets stuck on the seafloor! Some ROVs can also collect water samples or measure temperature, depth and salinity to help us understand ocean current dynamics. Sensors can also be installed to collect information on the chemistry of the seawater, e.g. CO2 or CH4.

During the iMirabilis2 expedition, the Portuguese ROV Luso will be used (pictured right). The Luso is a large ROV that weighs 2.4 tons and can go as deep as 6000 m below surface. It was acquired by Portugal in 2008 with the purpose of collecting  geological samples from the seabed to support the Portuguese continental shelf proposal. So far, the Luso has performed about 245 dives in a total of about 1,000 hours of operation, down to a water depth of 3,250m.

During iMirabilis2, exploratory ROV transects of the seafloor will be conducted, with some stops when we want to collect samples of benthic organisms, plankton, water and sediment. The taxonomy of the benthic organisms will be identified and they will also be dated – some corals can be up to 4,000 years old! The ROV is equipped with laser pointers, which are necessary when we want to scale the images taken by the cameras. Luso also has manipulator arms and a drawer with different compartments to collect samples. Data collected during the ROV transects will be visualised on the 3D bathymetry of the target areas, which is available for parts of the study area from previous missions.

Want to know more about how ROV Luso is used for seafloor habitat mapping? 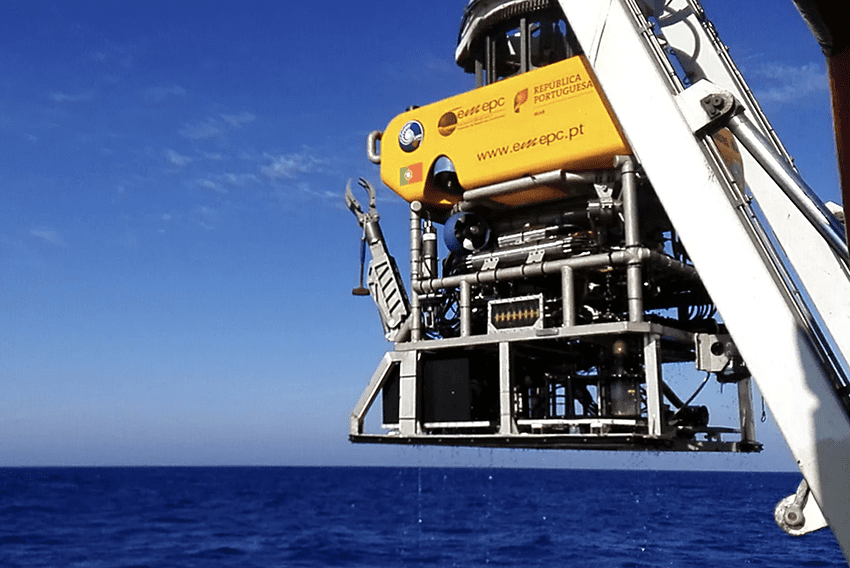 iAtlantic Fellows Kelsey Archer Barnhill and Beatriz Vinha explain a scientist’s role during a dive to the seafloor with a remotely operated vehicle (ROV), focusing on how video annotations are made using the ocean floor observation protocol.