Exploring an unknown seamount on the Mid-Atlantic Ridge

After some delays due to mechanical issues and then some unfavourable weather conditions, today the NOAA research vessel Okeanos Explorer was finally able to send its ROVs down to the deep Atlantic seafloor. Using two ROVs, the scientific team – both on the ship and shoreside – will explore the upper slope and summit of an unnamed seamount on the western flank of the MAR rift valley, located within the Mid-Atlantic Ridge North of the Azores (“MARNA”) marine protected area.

Back on dry land, deep-sea scientists around the world are able to join the dive in real time, thanks to the telepresence platform, which provides a livestream from the ROV cameras to their computer screens, and teleconference connection to the ROV control and science team on board the ship.

In the Azores, the iAtlantic team at Okeanos / University of the Azores are supporting the Okeanos Explorer mission by providing an exploration command centre in Faial, from which they can assist with detailed dive planning and monitoring, particularly in the areas around the Azores archipelago.  The team includes iAtlantic Fellows, who will gain invaluable experience in ROV dive logistics and annotation. 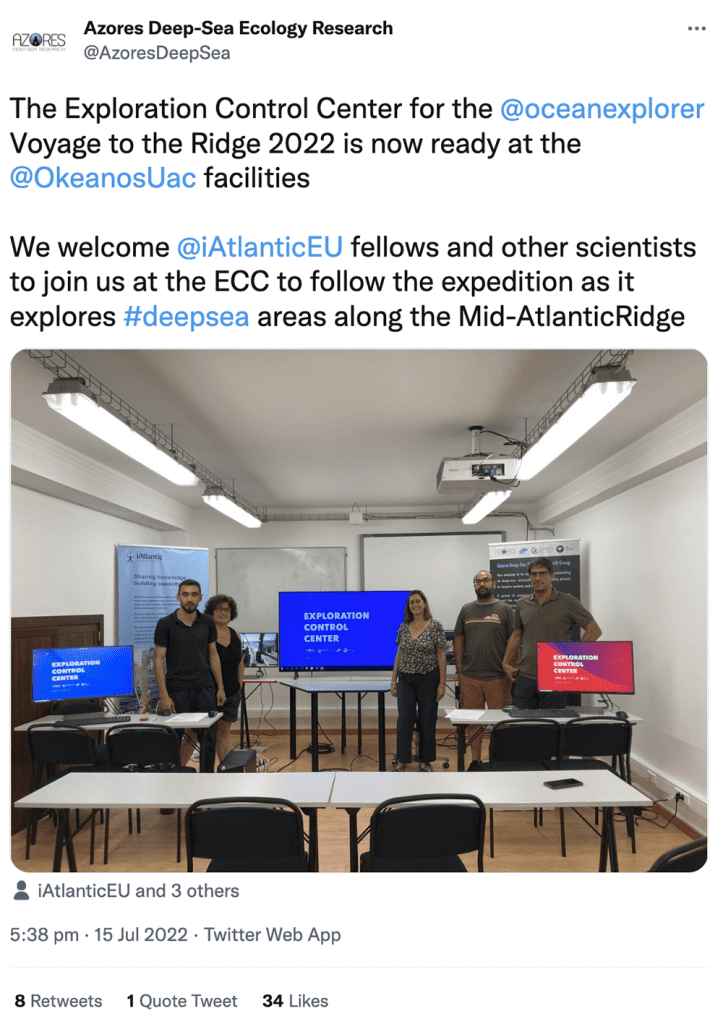 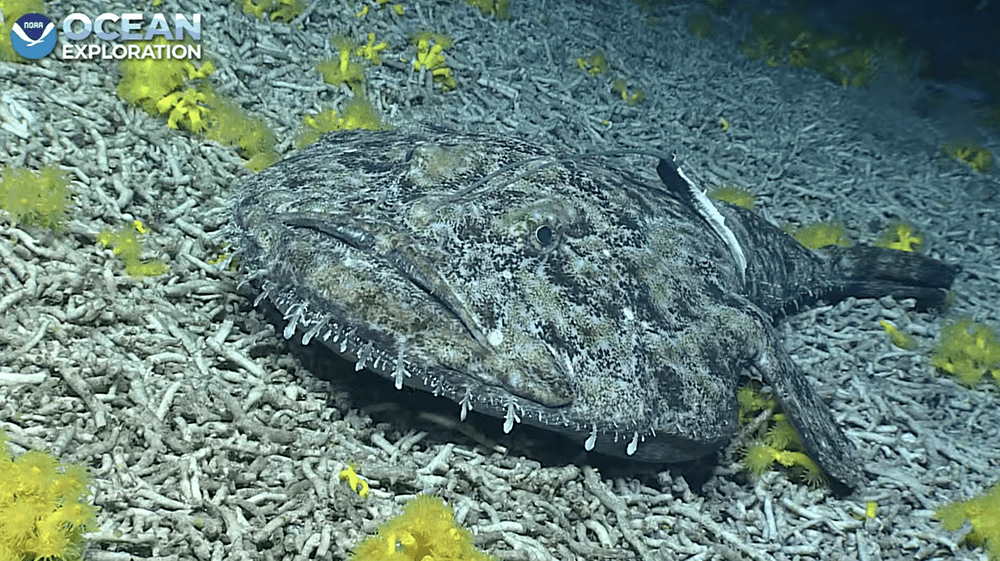 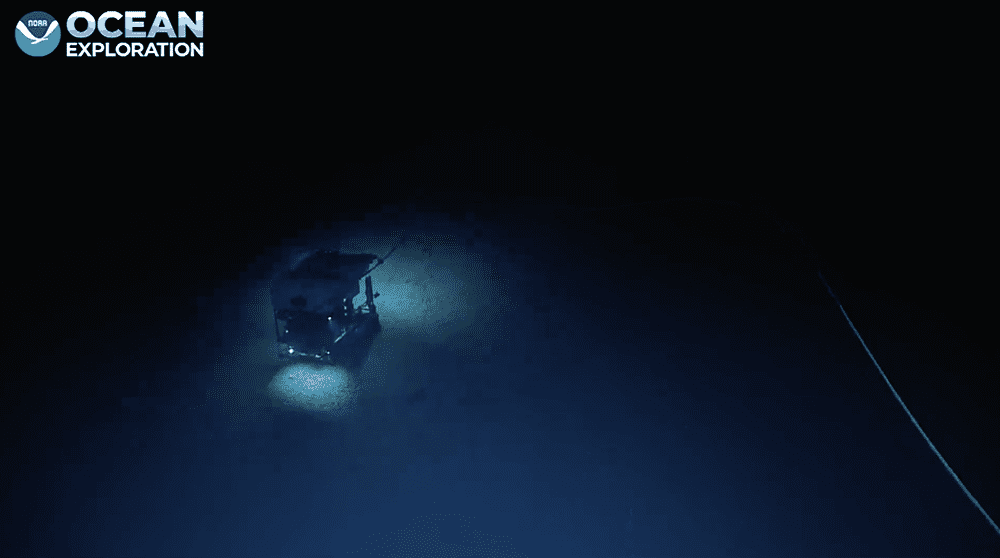 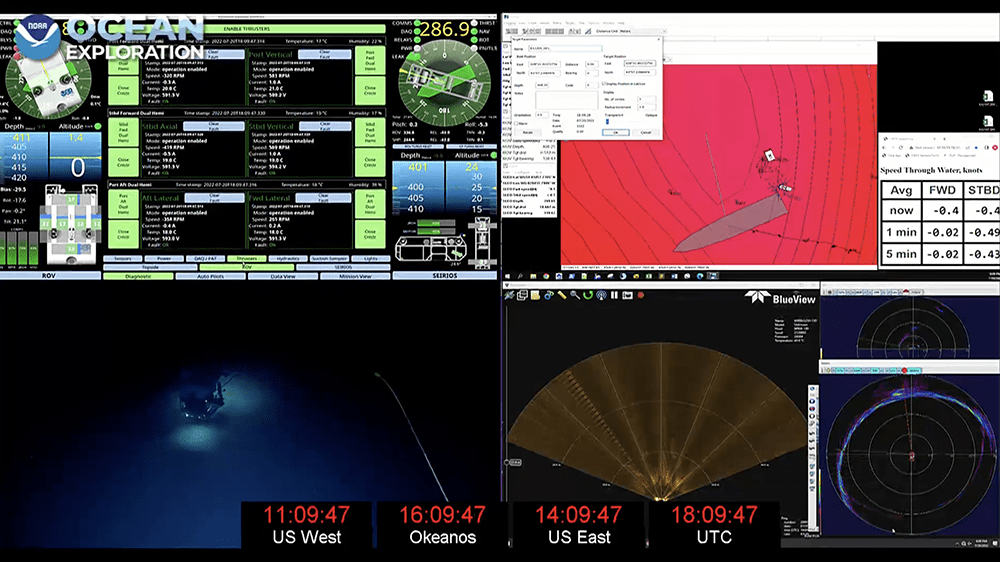 Above: The three camera views on the public livestream from the ROV dive at MARNA on 20 July 2022 – including (far left) this huge angler fish seen right at the end of the dive. Images courtesy NOAA Ocean Exploration/Voyage to the Ridge 2022.

This expedition is part of NOAA Ocean Exploration’s epic Voyage to the Ridge 2022 seagoing programme – an ambitious programme of deep-sea exploration in the North Atlantic Ocean, which forms part of NOAA’s contribution to the Atlantic Seafloor Partnership for Integrated Research and Exploration (ASPIRE) campaign in support of the Galway Statement on Atlantic Ocean Cooperation. Within the Atlantic, expeditions are focused on the region around the SE United States, the Caribbean, and the Mid-Atlantic Ridge.

Covering water depths ranging 250 to 6,000 metres deep, during the dives the scientific team expects to encounter deep-sea coral and sponge habitats, potential hydrothermal vent and extinct polymetallic sulphide systems, fracture and rift zones, as well as the inhabitants of the water column. Dives will be streamed daily (including live science/ROV pilot commentary) during the legs 2 and 3, and are available to public view via the NOAA Ocean Exploration website and YouTube channel.

iAtlantic will benefit hugely from the Okeanos Explorer campaign this summer. Geologically, the dive areas include a divergent plate boundary, volcanism and hydrothermal vents; biologically, these areas are anticipated to host a diverse variety of marine life including vent fauna, hard substrate-loving species and animals taking advantage of the migration corridors that connect the eastern and western margins of the Atlantic basin. The data collected will help fill important knowledge gaps about deep-sea ecosystems and habitats in these relatively unexplored areas of the Atlantic.