iAtlantic teams up with Dynamic Earth for a climate science extravaganza!

On Saturday 6 November, iAtlantic teamed up with the Dynamic Earth centre in Edinburgh to bring the latest in ocean-climate science to members of the public and a range of stakeholders. Timed to coincide with the COP26 conference in Glasgow, a daytime Climate Science Showcase brought exhibits and hands-on activities to more than 1400 members of the public, in order to demonstrate the fundamental role that science plays in understanding Earth’s climate system.

iAtlantic partners Heriot-Watt University, Scottish Association for Marine Science, University of Edinburgh, Seascape Consultants and close colleagues at Whale Wise and St Abbs Marine Station pulled out all the stops to contribute exciting and interactive displays for the public to learn more about deep ocean science, and see some of the tools used by scientists to understand how the ocean is affected by climate change. Alongside many other exhibitors from Scotland’s climate science research teams, the iAtlantic team had a busy day interacting with families and local residents.

Our colleagues at Dynamic Earth put together this lovely montage of the day’s happenings (right).

Following a very busy day of public engagement, the exhibition area at Dynamic Earth was reconfigured for a special iAtlantic evening event for invited guests from a range of stakeholder organisations, including delegates from COP26. Convened as part of the Scottish Government’s marine programme events for COP26, the event aimed to highlight the critical role of the ocean in the climate debate.

Guests arrived at Dynamic Earth to the spectacular sight of the Gaia globe suspended from the ceiling in semi-darkness and lit up in blue. Gaia is a touring artwork by UK artist Luke Jerram, measuring seven metres in diameter and created from 120dpi detailed NASA imagery of the Earth’s surface.  The installation aims to create a sense of the Overview Effect, which was first described by author Frank White in 1987. Common features of the experience for astronauts are a feeling of awe for the planet, a profound understanding of the interconnection of all life, and a renewed sense of responsibility for taking care of the environment. 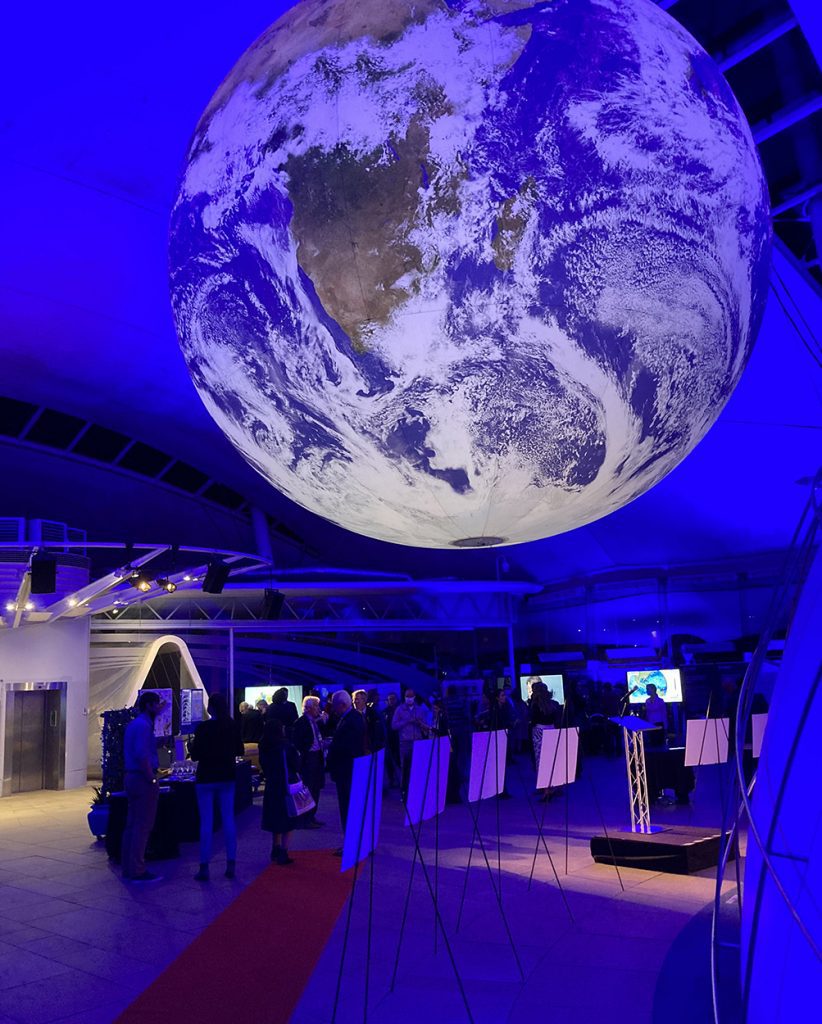 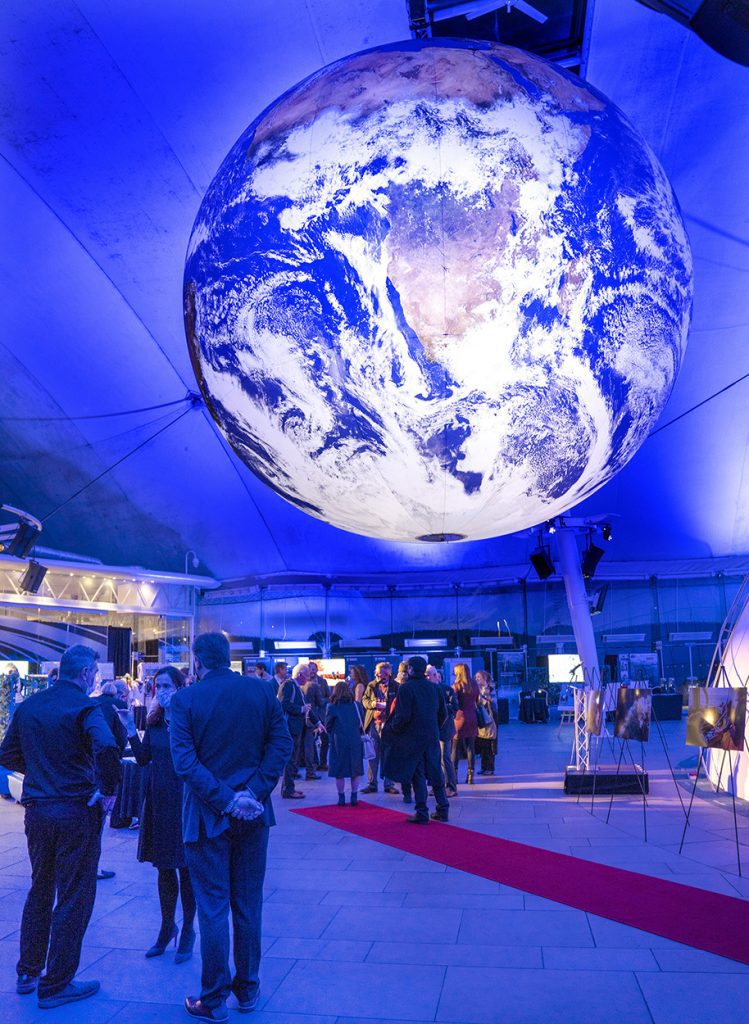 After a welcome from Dynamic Earth’s Scientific Director, Hermione Cockburn, the evening’s formal programme commenced downstairs in the Planetarium. Chief Scientific Advisor for Scotland, Prof. Julie Fitzpatrick, opened proceedings with an address that highlighted the huge importance of international scientific collaboration in delivering the research needed to tackle the climate crisis. A series of visual treats followed, including the premiere screening of the new ‘Cold-Water Corals in a Changing Ocean’ film, and a series of talks from iAtlantic scientists Murray Roberts, Lea-Anne Henry, Stuart Cunningham and Daniela Diz, who showcased some of the cutting-edge aspects of iAtlantic’s research. The programme finale came courtesy of another premiere screening – this time of the new planetarium show that has been developed by University of Edinburgh in partnership with Dynamic Earth: The Final Frontier for Climate Change. Narrated live by Murray Roberts (iAtlantic) and Alastair Bruce (Dynamic Earth), the show incorporates stunning visualisations of cold-water corals and how climate change will affect their ability to thrive – or even survive – in the ocean of the future. The show includes some breath-taking projections of global ocean circulation that left many (including hardened oceanographers) rather awed! This performance comprised highlights of a longer planetarium show that will form part of Dynamic Earth’s new “Discovering the Deep” exhibition that opens to the public in spring 2022.

Our guests were then led back upstairs to the exhibition hall where they were treated to some light refreshment in the glow of the Gaia globe, whilst enjoying the iAtlantic science exhibition and talking with members of the project team.

Our sincere thanks to Prof. Fitzpatrick and Marine Scotland for their support of the event, our co-hosts Dynamic Earth, and to our team of iAtlantic exhibitors and speakers who gave up their weekend to do such an amazing job!

PrevPreviousNew film: Cold-Water Corals in a Changing Ocean
NextJoin us in the Floating Classroom!Next